LABOUR MIGRATION IN EUROPE AND ITS IMPACT ON UKRAINE

The article states that Ukraine is one of the leaders in the number of able-bodied people working abroad. Mass emigration plays a significant role in Ukraine, as the number of migrant workers is estimated at 2-3 million. The main causes of migration from Ukraine and mass migration to Europe are analysed, namely: the development of migration processes in Ukraine is influenced by many factors, including the annexation of Crimea and the conflict in eastern Ukraine, which have led to the economic crisis in the country. The introduction of a visa-free regime with the European Union has also increased the outflow of the population from Ukraine. It should be noted that Ukraine's significant welfare lag behind neighbouring countries in the medium term will continue, which will also affect the departure of the working population. These and other factors are favourable for external migration. The destination countries for labour migrants from Ukraine are primarily neighbouring countries (Russia, Poland, the Czech Republic), as well as the countries of Southern Europe (Italy, Spain, Portugal). The impact of migration on Ukraine leads to the loss of part of the labour and intellectual potential and, accordingly, may become a factor inhibiting economic development. The main problems facing the countries as a result of the migration process and determining the impact of migration on the economy as a whole are singled out. It is noted that in countries with negative net migration rate, namely Austria, Spain, Germany, Hungary and the Czech Republic, the reasons for such migration can be both personal and political opinions, but then negative values will only increase, as the above countries other than Spain have refused to sign the Global Compact for Migration, so these countries want to end the refugee asylum policy. Remittances improve the well-being of migrants' families and stimulate domestic demand; in the current economic crisis, this is one of the sources of foreign exchange earnings for the country. However, emigration reduces the labour supply in the Ukrainian labour market, which ultimately leads to loss of skilled specialists. Currently, there is a shortage of workers in almost all types of activity, especially in construction (this was reported by half of the surveyed construction companies) and industry. The size of wages by regions of Ukraine and the correspondence of the net migration rate are estimated. The authors study the dynamics of migration, ways of illegal departure abroad, and the consequences of this. 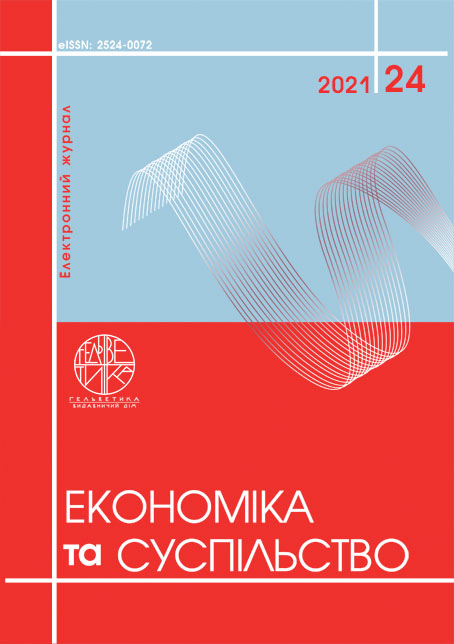