ANALYSIS OF MIGRATION PROCESSES IN UKRAINE: STATE AND REGIONAL ASPECTS

The article is devoted to topical issues of migration processes in Ukraine and ways to address their negative manifestations. The purpose of this article is to analyze the current migration processes in the country by its regions and develop measures to optimize them. Modern global economic and political trends are leading to an increase in migration processes around the world. In the current conditions of the global pandemic, which leads to a slowdown and deterioration of economic processes for each country there is an urgent task – to preserve existing human capital, return the majority of citizens and attract new ones. Ukraine has a low migration attractiveness for migrants, so the problem is quite important, it is its solution will depend on the further development of the country. The article uses various methods: system analysis, graphical analysis, statistical analysis, grouping and regression analysis of population migration processes, Ward's method. The main external and internal causes of migration of Ukrainian citizens are described and examples are given. The main factors and processes influencing the movement of the Ukrainian population abroad are considered. A cluster analysis of the regions of Ukraine (twenty-four regions of the country), a set of indicators to reflect migration and demographic systems, the selected indicators have the same semantic load and have the same calculation structure and characterized the current and permanent state of the population by a number of indicators. The research was carried out by the Ward method and four clusters of regions of Ukraine were identified that are similar in their indicators and their characteristics are given. Regions included in the first cluster – can be described as the most stable and mediocre, the regions that make up the second cluster – have the largest natural increase but among all groups of regions they have the lowest number of retirees, cluster III – has the lowest number of live births, region IV cluster – in comparison with other groups, all indicators are quite high and almost uniform among themselves, with natural population growth being the lowest among all. Analyzed the statistics of interstate migrants by countries of entry and exit. The current migration situation in Ukraine is determined and conclusions are given on its improvement. 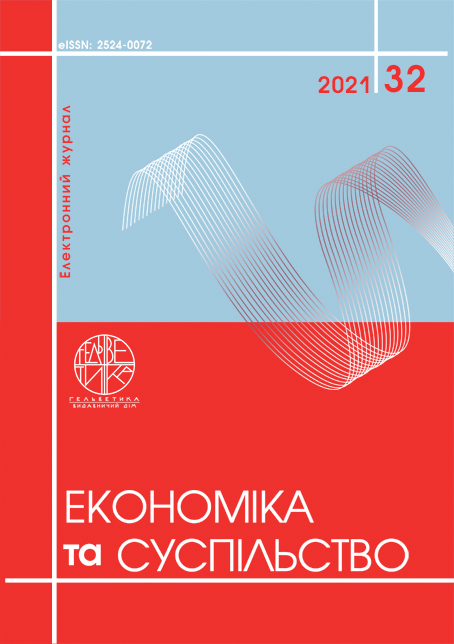